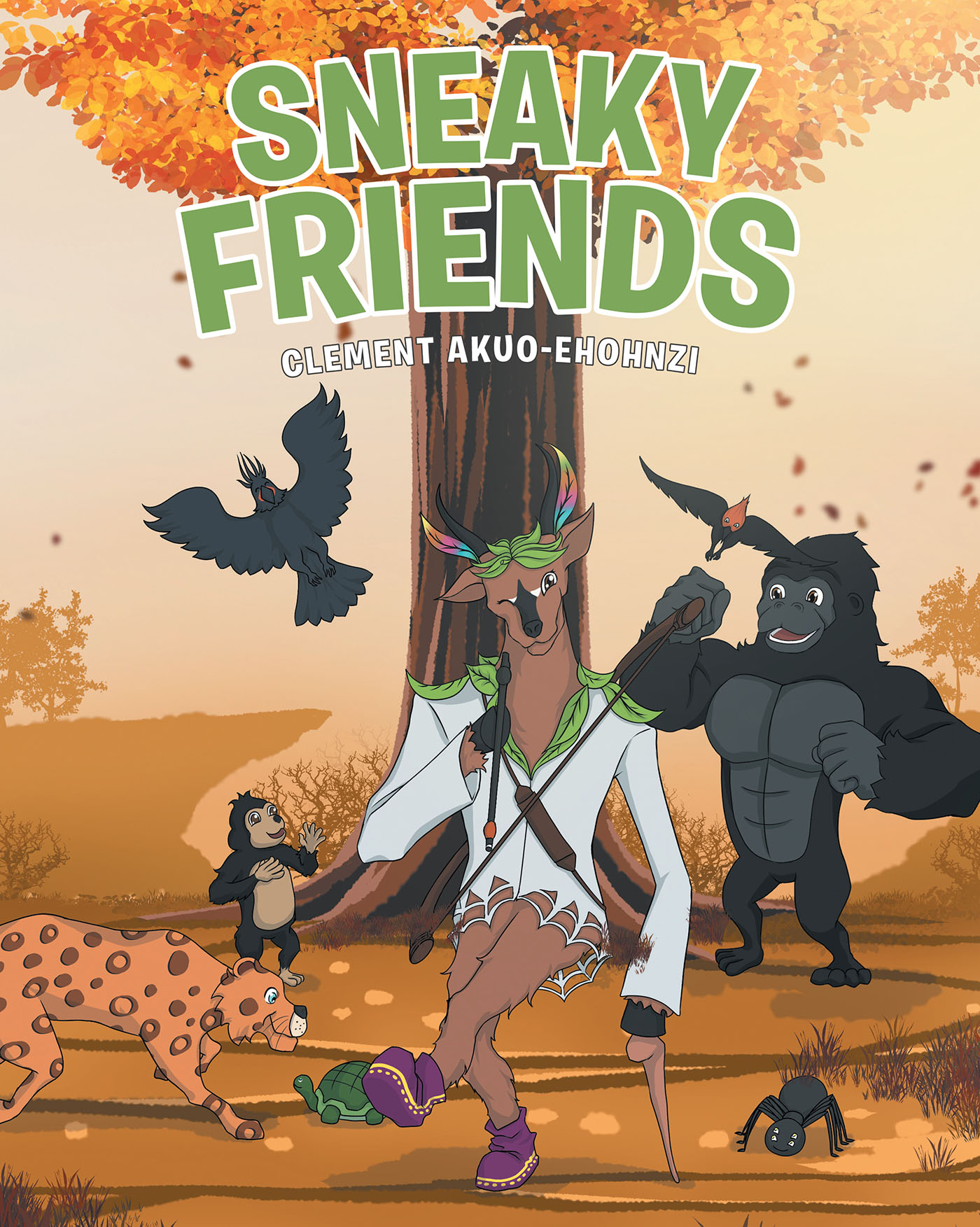 When Akuo-Ehohnzi Clement was a kid, he used to listen to his people tell stories about animals as if they were human beings. Sometimes, if one wanted to make a point, contradict his opponent, and demonstrate his mastery of cultural and traditional values, the person used animal imagery to illustrate his point. The stories were humorous, witty, tragic, and sometimes completely outlandish, reflecting and representing human behavior. As he advanced in age, he began to understand that the human ecology is strongly related to the natural orders of animals. Even though animals don't talk, they do communicate and interact among themselves, playing very specific roles in the forest. In the book Sneaky Friends, the Leopard, angry that the Bushbuck had misled him into killing his mother, decides to retaliate by killing the Bushbuck's mother too. Once the two friends become enemies, the Bushbuck uses every trick he knows at his own risk to humiliate the Leopard in the midst of other animals. The Leopard, having been outsmarted many times by the Bushbuck, decides to organize a remembrance ceremony for his mother with the hope that he could use the occasion to get hold of the Bushbuck. To attend the great Leopard's occasion unidentified, the Bushbuck puts up an elaborate plan by consulting and seeking the assistance of the Baboon, Deer, Spider, Woodpecker, Palm Bird, Nightingale, and Raptor. The Bushbuck finally attends the Leopard's party. However, when the Leopard discovers he had been tricked, a fight breaks out among the animals.